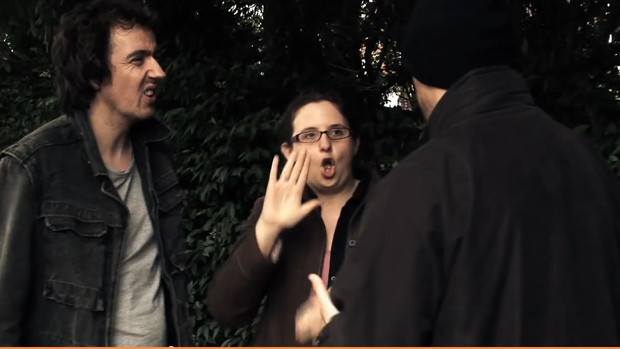 The film is a comic sketch about a deaf mugger, his victim, and a hapless woman caught in the middle, an interpreter who discovers that her client is more of a challenge than she has bargained for. Ben Green, who plays the victim, worked for a television program for the deaf called See Hear. He came to Mager with idea for the film when he asked himself what would happen if a deaf person wanted to commit a crime, and hired an interpreter: how would the latter respond?
look&roll 2014