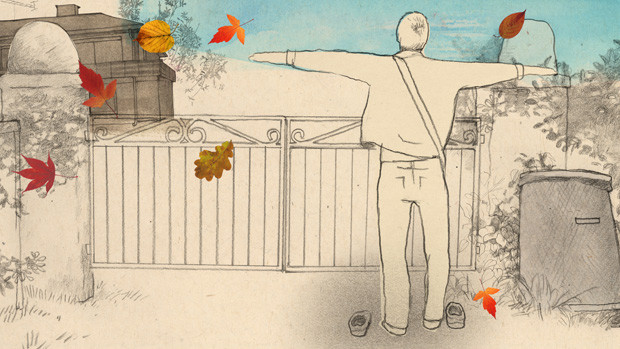 Blame it on the Seagull is an animated documentary about and with Pelle Sandstrak. He tells the story of when he in his teens got the first signs of Obsessive Compulsive Disorder (OCD) and Tourettes Syndrome. «It was the summer I started getting more restless. I was suddenly too fast, out of control, too much. Too much of everything. I felt something bad was going on inside my head. It was like a turning point. I noticed that I felt more restless, not physically, but restless in my mind and my thoughts.»
Pelle tells his own story and explains the magical thinking behind the obsessions. If he did not perform the rituals, the death and disaster in his mind, would strike. He was a master of diversion maneuvers that hid what he was doing.
look&roll 2016