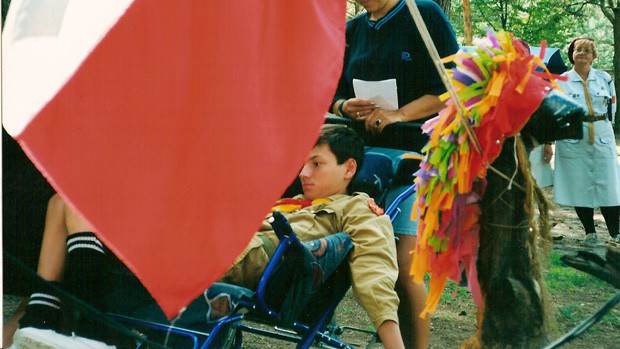 Przemek has been paralyzed since birth. He cannot speak, but his mind is sound. As a boy, he tried to communicate with those in his environment, but nobody understood him. Everybody considered him stupid for 16 years, so he began to lose hope that the truth about him would ever be discovered. Finally, a miracle happened … he has become a prize-winning poet!
look&roll 2008, Special Mention of the Jury

Part of the DVD Best of look&roll 1