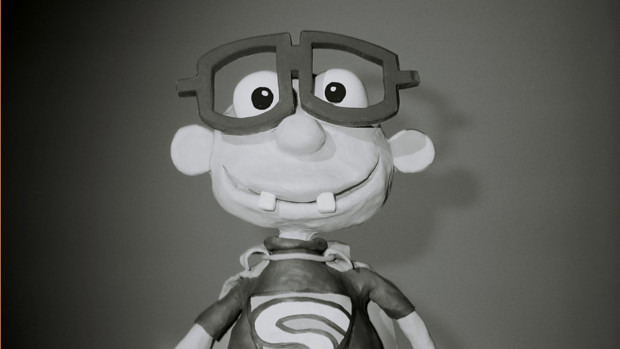 Adam tells us the story of an older cousin, who had cerebral palsy. Adam would go over to play, and they’d dress as superheroes, jump off the shed, and run about the the street with an old shopping trolley. Adam explains his cousin’s wayward left arm, his strong right one, his aunt’s understanding of her son’s rages («Bake a cake,» she’d tell him), and the boy’s love of swimming. On Adam’s eighth birthday, the cousins are separated by tragedy; it’s left to Adam to wonder about his cousin, and if he still smells of licorice.
look&roll 2012