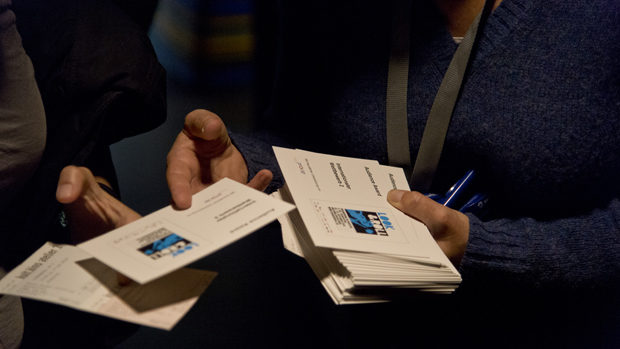 In search for the winner of the audience award...

The films for the two programmes «Ageing and the Elderly» have been selected in close cooperation with the Reformierte Kirchgemeinde and the Spitex Ostermundigen and we are grateful for their support!

Filmjournalist at «Radio24», free­lance film curator and moderator. Alex, affected by polio in his early childhood,  supported look&roll from its very beginnings in 2006. Since October 2015 he is president of the association «look&roll».

Gabriela studied Graphic Design and Film. Her graduation film “Bipolar. An Interview with Richard” has been invited to 25 festivals worldwide. She later focused on cinematography at HFF Potsdam-Babelsberg, HFF Munich and ZHDK Zurich. For her contribution as a cinematographer at the internationally praised documentary “Neukand” she won the “First Steps-Award” at the Berlinale. She is working as a freelancer in cinematography and directing.

Suzanne Schweizer has been until her recent retirement co-director and programmer of Basel’s kult.kino AG over many years. She has been member of the programing board for «look&roll» 2018 member of our international jury 2014.

Founder and director of the festival since 2006. Advisor on accessibility of cultural events. Producer of audiodescription and subtitles for the hard of hearing. Freelance curator of short film programmes.